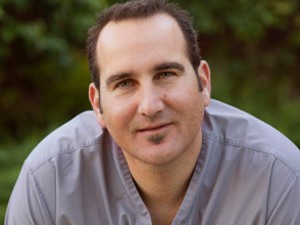 Dr. Capetanakis is a San Diego native who never forgot his roots. He graduated from Hilltop High School in Chula Vista where he was student body president and played numerous sports including soccer and tennis. After graduation he attended the University of California at Santa Barbara where he graduated top of his class with a degree in Environmental Studies. Once finished, he returned to San Diego and conducted research in the Department of Immunology at The Scripps Research Institute in La Jolla, all the while staying focused on the goal of medical school.

Dr. Capetanakis received his medical degree from Western University of Health Sciences College of Osteopathic Medicine of the Pacific. Along with all the requirements of an MD, Dr. Capetanakis has trained in the art of osteopathic manipulative medicine. Osteopathic Manipulative Medicine (abbreviated as OMM) is an approach to manual therapy, a form of therapy that uses physical contact, used to improve the impaired or altered function of the musculo-skeletal system. As a doctor of osteopathic medicine, Dr. Capetanakis takes a holistic approach to the care of his patients. He believes that in order to successfully treat physical complaints one must understand the entire system and recognize how each part of the body is interconnected.

He then completed his residency from Loma Linda University Medical Center where Dr. Capetanakis received numerous teaching awards from the medical students, residents and attending physicians. He was also recognized for his surgical skills with the Special Excellence in Endoscopic Procedures Award for 2008. Dr. Capetanakis has been trained in minimally invasive surgical procedures, and believes that returning to normal function quickly and safely should be the goal for all surgical procedures.

When not working, Dr. Capetanakis enjoys spending time outdoors with his wife Angie and their three young children, Yianna, Victoria & George. He is an avid cyclist and has performed in numerous triathlons and bike rides. He also enjoys camping, hiking, soccer and traveling.