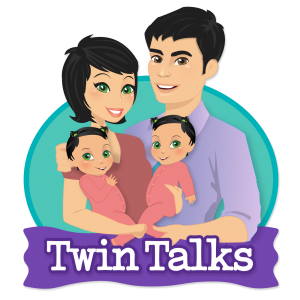 Twin Talks is an audio podcast encouraging parents who are expecting twins as well as experienced moms and dads of multiples. Together, we explore the unique challenges new parents face when raising two or more children of the same age. Join us as we embrace the joys of parenting when you’ve got double the duty.

For many years of Christine’s adult life, having children was just a passing thought. And having twins was NEVER part of the plan.

She got the travel bug during college and managed to live abroad and build a career that incorporated international marketing and business software; neither of which seemed to be conducive to mommyhood. And then after meeting and marrying the right guy, she found herself pregnant with twins. That was in 2009 and nothing has ever been the same since.

Today, you'll find her juggling her school-age identical twin girls and her preschool-age singleton girl who's convinced she's the third twin. She has been serving on the board of a local twins club for several years and has helped new twin parents find the resources they need to keep their sanity in those first few months. And as far as world travel goes; that trip to Cambodia has been put on hold.