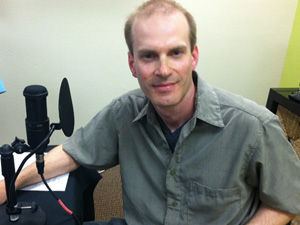 Matthew Hess is president of San Diego based MGMbill.org, an organization whose goal is to amend current U.S. female genital mutilation laws to include equal protection for boys. Hess is also the author of “Foreskin Man”, an intactivist comic book series, as well as the 2011 anti-circumcision ballot measure in San Francisco and the 2010 MGM Bill that was debated by the Massachusetts Joint Committee on the Judiciary. Hess believes it is every person's birthright to have their genitals left intact, and that the only persons who may consent to medically unnecessary procedures upon themselves are fully informed individuals who have reached the age of consent. Like most American baby boys born between the 1960s – 1980s, Hess was circumcised as an infant. He now wears an artificial foreskin to protect the glans of his penis from circumcision related keratinization.