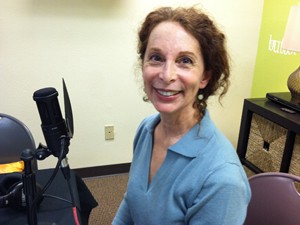 Eileen Troberman is an internationally recognized teacher of the Alexander Technique and an innovator in the science of human movement and functioning. She has been teaching the Alexander Technique for more than 30 years. Locally, she has taught the Alexander Technique at San Diego State University and at University of California San Diego. Eileen has taught nationally and internationally, teaching classes and workshops at various locations, including in New York, Dallas, Las Vegas, Berlin, England, Australia, New Zealand, and Paris. She has taught for colleges, universities, groups, businesses, and organizations including Brown University, Cirque du Soleil, the Flute Guild, University of Hawaii, Kaiser Permanente and the National Association of Teachers of Singing. She currently maintains a private practice at her office in Encinitas, California. Students come from all over San Diego County as well as from around the world to study with her there.

Eileen started studying the Alexander Technique in 1978. In 1979 entered the 3 year teacher training certification program. Around the same time, she began studying with Marjorie Barstow, the first graduate of F.M. Alexander's first teacher training course. Along the way, Eileen was fortunate to have the opportunity to work with a number of master teachers of the Technique. She continued to study closely with and apprenticed with her for 15 years, sometimes assisting her with her teaching around the world until Marjorie's death at 95 years old in 1994. Eileen is one of only five teachers worldwide who was both traditionally certified and trained, and who also had an apprenticeship training in the Alexander Technique with Marjorie Barstow.

Eileen has an interest in how the brain works and in functional anatomy, both of which are areas of interest and continual study for her. She came to the Technique from a background in acting and gymnastics and some of the esoteric arts. She has studied with the Dalai Lama; trained in Marshall Rosenberg's non-violent communication method; trained in Cranio-Sacral Therapy; and is a Reiki Master.