What are the Best Finger Foods for my Baby?

Congrats mamma! You and your baby are about to take on solid foods! It’s a big milestone. But how do you know which finger foods work best? And how do you avoid any dreaded choking incidents? Are there certain foods to avoid at all costs? 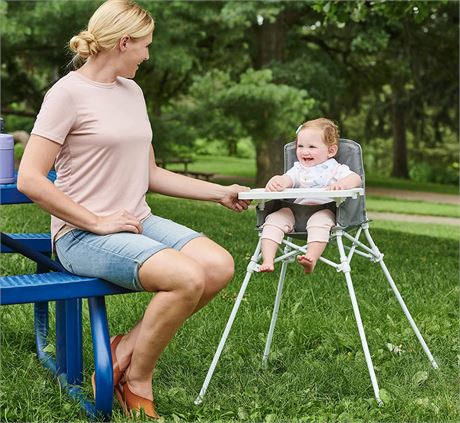 Looking for a multi-functional high chair perfect for dining on the go, traveling, or visiting friends and family? Regalo Baby’s My Portable High Chair has a harness, attachable tray, folds quickly and has a small footprint! Visit our special link to save 25% on your order plus FREE shipping when you use promo code MOMMY.

Recommended Videos for You

Sunny Gault 0:00
Congrats mama! You and your baby are ready to take on finger foods. It is a big milestone, but how do you know which finger foods are going to work best? I'm Sunny. I'm with New Mommy Media and I'm joined today by Mallory Millet, she's an infant feeding specialist and her website is The Feeding Mom. Hi Mallory. Thanks for being with us today.

Sunny Gault 0:25
All right. Well, Mallory, let's first talk about starting finger foods. What do you recommend? And why? What should parents be looking for?

Mallory Millet 0:34
So it's going to depend on age, right? Everything depends on age. If you are, well, not really age, but more where they are with their mouth development. So let me say that if they have teeth than that, and not front teeth, if they have their molar teeth, that is going to change the types of food that we offer. So if you're, if they're younger, between for six months, six, sometimes even to eight months, we don't have these kinds of teeth erupting. Then wall veggies, big raw veggies in a puree is really going to work that jaw, they won't be able to bite pieces off. And the second that they do, you know, we can't give raw veggies anymore, okay. So this is just they're kind of just knocking on it, you can see that job working and they're sort of taking the puree off of whatever they're going on. Another good option for that like to work the job would to be get those silicone spoons, right, they have those Dipper spoons and you dip in the puree. And you're working that if they are breaking pieces off, then we are going to go with the it has to be if you can smash it between your fingers, then it's safe for them to eat. Either they hold it in their hands. So it's a long stick form where they're holding and sort of putting in their mouth and breaking those pieces off. So steamed big steamed broccoli stalks or good one asparagus, steamed asparagus, they hold on to that and sort of munch on it is a really good one. Or it's small enough for them to pick up. So I say the size of your pinkie nail steamed, or like brown meat, ground meat is good. You can sort of break it apart when you mash it with your fingers. And they can do the same thing with their thumbs. So that's kind of like your starting point until you start to get comfortable with what they can do. Toast is a really good one, break it off into strips, you can smear whatever you want on toast, and they sort of just not on that too. And it kind of melts and it's messy, but that's part of it. Right?

Sunny Gault 3:00
Yeah, totally. Well, you mentioned steamed, are we trying to make the vegetables mushy? Or is it just to make them a little bit more soft?

Mallory Millet 3:10
You want them where they are, you want them mushy, I'm gonna say mushy. Because like if you're steaming a broccoli stock, you want it to be able to easily come off because the more work they put in the bigger chance they're going to bite something big off. Whereas they have a banana. And they go in the mouth and it's soft, and they sort of pull away they're going to grab something right and start moving it around and swallowing it. If it's a little if it's just a little soft, they can work on it. But they have a bigger chance of pulling a bigger chunk off and then they can't break that up. The goal is what you have to think about is that they need to be able to break it up with their gums, and your fingers are a good judge of that. So if you just sort of cook broccoli a little bit where it's softer, it's not raw, but you need teeth to shred and break it. You know what I'm saying? There's a difference, right? So I'm saying smashable. You can roast them like you can roast veggies enough where they're smashable, right? Like sweet potatoes are a great one, even brussel sprouts. I mean, nothing is off limits. It's all about how you modify and create it. So I don't want you to think that I mean, even like, they say, don't give hotdogs right? Big choking hazard. Don't give grapes those are big choking hazards. But if you slice them, they're no longer choking hazards. Okay? So it's and a lot of times parents are struggling with what we eat this and I don't know what to make baby Be, they should be eating whatever you're eating. So if you're making spaghetti and meat sauce with broccoli, you modify it for baby, cut it up. Steam your their broccoli a little more if you guys don't like smushed broccoli. But that there, it should be the same meal just modified for them.

Sunny Gault 5:23
Something you mentioned earlier that I thought was really interesting that it didn't realize, plays a role in all this are your baby's teeth, especially if they're teething and there's discomfort with this right? So is there anything we should keep in mind when transitioning to the solid foods and our babies are teething at the same time?

Mallory Millet 5:46
I mean, you know those raw veggies, they might like to gnaw on that raw veggie, when they're teething, it feels good, that pressure on those teeth coming out, feels really nice to them, throw a carrot in the freezer, and they might really enjoy it. Now some parents are just going to be like, I can't mentally do that. And so they have these mesh things with a baby holds and they're mashing you shove things inside of it. Anything can go in there, but make it hard, so that when they're chewing on it, now we're getting that muscle work. So you know, apple pieces, frozen apple pieces, put that in there, I mean, the amount of work they would have to do to break that up is just so good for the jaw. And the more they use those gums the easier it is for them to teeth for them those teeth to come out, right. The tissues are kind of broken down. They're used and the teeth will erupt easier.

Sunny Gault 6:48
You mentioned some foods that are considered kind of no no's, the hotdogs the grapes but you said you know if you cut them up, you know it depends on kind of how you're serving this. Are there other things that you would lump into that category? Let's assume we don't have the little mesh contraption that our kids can suck on. Are there other foods that fall into that category that you're like that's kind of a no no, you know, a choking hazard?

Mallory Millet 7:11
Oh, I mean, like apple, you can give Apple cut it really thin right? And you can give an apple slice the foods that I would absolutely not give until they had teeth we've been practicing chewing I know you can eat really well and I'm watching you is popcorn, nuts and candy. There's no way to manipulate those that is safe in my opinion, unless you put the nuts in a blender and they're blended up.

Sunny Gault 7:43
It's like powder. Yeah. Yeah, that's it. Okay, it's a no no. Well, thank you Mallory. If you guys want more information about Mallory, you can check out our website. It's http://www.thefeedingmom.com. She does video consultations so you can work one-on-one with her. She also has some courses on her site. So check that out. I want to send a special thanks to Regalo Baby who is the sponsor for today's video. If you visit their website, you can save 25% on everything plus free shipping simply because you're watching our video. Look for our special promo code in the video description. Also https://newmommymedia.com... that is our website and you can check out more great videos like this. We also have lots of podcasts, some blog posts, everything is designed for new and expecting moms. It's where real moms talk about real life.

Love our shows? Join our community and continue the conversation! Mighty Moms is our online support group, with parenting resources and helpful new mom stories you won’t find anywhere else! You’ll also have a chance to be featured on our shows.