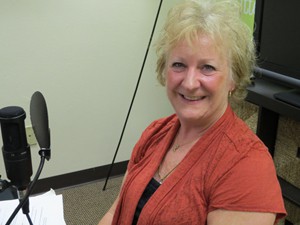 Kimberly A. Loeser- Murphy, the youngest of three children born to Robert and Patricia Loeser was born and raised in Riverside, California. She received her primary and secondary education there and following high school graduation she attended Riverside Community College where she completed her preliminary requirements for nursing. She then transferred in 1973 to the Los Angeles County –USC School of Nursing from which she graduated in 1976. Following her successful completion of the California Board of Nursing examination, she returned to Riverside working at the Riverside Community Hospital where she focused primarily on Surgical Intensive Care delivery.

Her interest in Lactation Consulting was prompted by the birth of her 3rd child who was six weeks premature. She began her initial course of study with Shelly Marmet at the Lactation Institute of Encino and following her husband’s reassignment to Washington State completed her studies at the Evergreen Hospital in Kirkland, Washington with Molly Pessel. She then served on a volunteer basis as the first Lactation Consultant to the Family Practice Residency Training Program at Naval Hospital Bremerton. In this capacity and working in concert with nurse practitioners, nurse midwives and attending Obstetrical staff developed the first curriculum on Lactation for resident physicians.

In 1994 she continued her Lactation Consultant work by serving as a Red Cross volunteer and Chairman of Volunteers for Pearl Harbor. In this role she assisted young mothers from all the military services with breastfeeding problems and was recognized for her work by receipt of the Clara Barton award for excellence. Moving to Northern Virginia in January 1999 she resumed her career in September 1999 by joining the Northern Virginia Lactation Consultants, a private practice group, and successfully passed the International Board of Lactation Consultants certification examination in October 2000. She successfully completed her re-certification process in July 2010. She remained in active practice until her move to California in December 2010.

While in private practice, she received numerous accolades from referring Pediatricians and Obstetrician’s for her superb clinical acumen, empathetic and concerned care and for her role as a pivotal player in the triune of physician, mother and baby and lactation consultant. Her consultations were noted for their clinical adeptness, conciseness and early recognition of potential serious infant problems. On more than one occasion she was complemented by attending physicians for her early recognition of serious medical complications. Through her initiative positive outcomes were achieved.

With regard to Lactation, the underlying principles of ensuring that each baby is fed, that there is establishment of a milk supply and formulation and development of a plan that results in the best possible outcome for mother and baby is paramount. Education and dissemination of information to the client is essential and maintenance of effective communication between pediatric and obstetrical providers is absolute in maintaining continuity of total care for the mother and infant. Complete documentation of all encounters is available in the clinical file thus ensuring cogency and accuracy and developing and ensuring that a consistent standard of care is met in all cases.

Ms. Loeser-Murphy is the mother of four children ages 27 to 34 and is the grandparent of a 13 year old grandson all of whom had successful breastfeeding experiences. She is married to a retired military officer and physician and resides in Oceanside, California.