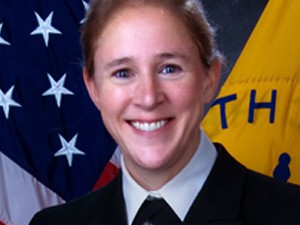 Dr. Denise J. Jamieson is the chief of the Women’s Health and Fertility Branch at the Centers
for Disease Control and Prevention (CDC) in Atlanta and a Captain in the U.S. Public Health
Service. She is also an Adjunct Professor in the Department of Gynecology and Obstetrics at
Emory University.

Dr. Jamieson has serves on several American College of Obstetricians and Gynecologists
(ACOG) committees including serving as the chair of the Committee on Gynecologic Practice.
She is a member of the editorial board for Obstetrics & Gynecology. She has been an oral board
examiner for the American Board of Obstetrics and Gynecology since 2007. She has twice
received CDC’s highest award for scientific excellence, the Charles C. Shepard Science award
for outstanding manuscript. Dr. Jamieson has received a series of awards from the US Public
Health Service, including the Commission Corps Outstanding Service Medal, the Commission
Corps Commendation Medal and the US Department of Health and Human Services Secretary's
Award for Distinguished Service.

Organizer of Dudes to Dads